We were thrilled to bring the event to the Northern Territory in 2019 and very excited that the importance of the world's Indigenous languages was highlighted as the United Nations naming 2019 the International Year of Indigenous Languages.

As stated on official IYIL website the following is said:

"Languages play a crucial role in the daily lives of people, not only as a tool for communication, education, social integration and development, but also as a repository for each person's unique identity, cultural history, traditions and memory. But despite their immense value, languages around the world continue to disappear at an alarming rate.

With this in mind, the United Nations declared 2019 The Year of Indigenous Languages (IY2019) in order to raise awareness of them, not only to benefit the people who speak these languages, but also for others to appreciate the important contribution they make to our world's rich cultural diversity."

Last week on the 18th of December 2019, following the conclusion of #IYIL2019, #UNGA adopted the resolution on the rights of IndigenousPeoples https://bit.ly/38PJo6I. This included 2022-2032 as International Decade of IndigenousLanguages!!!

PULiiMA 2019 was more than just a conference, it's about continued support of each other in
the restoration and revitalisation of our languages.

We're happy to share with you highlights from PULiiMA 2019

We couldn’t have asked for a more perfect location on Larrakia country in Darwin NT.

2019 was the UN’s International Year Of Indigenous Languages and we extend our most grateful thanks to everyone that participated. 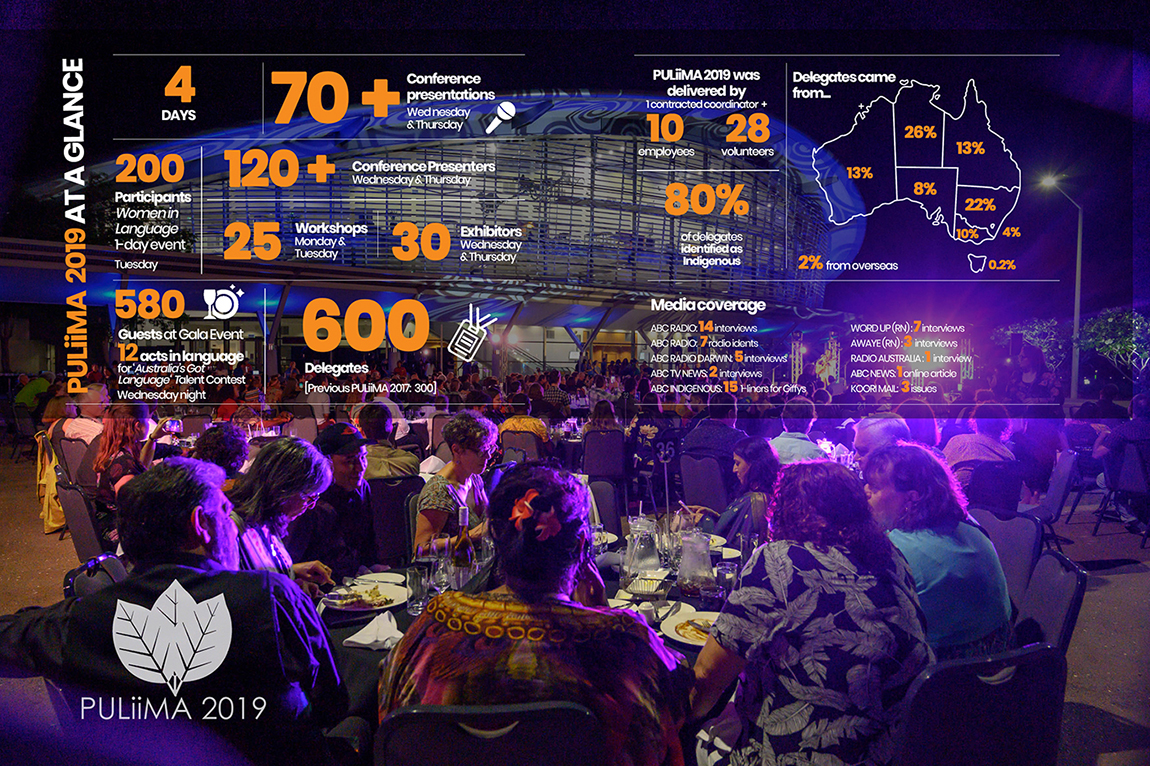 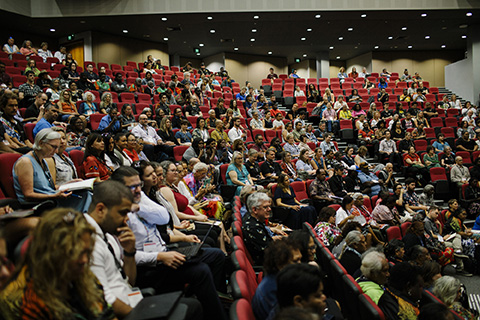 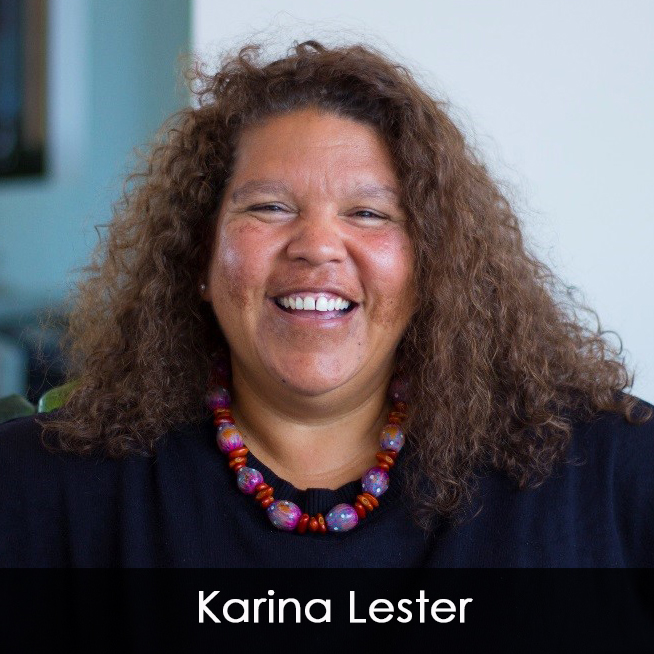 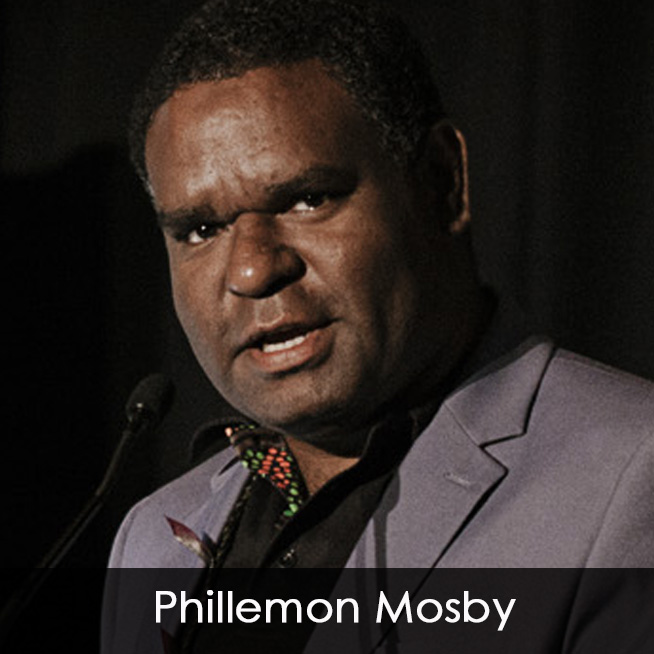 Mapping & Caring for Country Through Language workshop was held on Monday 19th August. Gerry Turpin, Nyoka Hrabinsky and Natalie Davey co-presented with Daryn McKenny about the importance of language and Aboriginal traditional knowledge of caring for the land. Through the use of modern technology we can combine the two for future generations

Daryn McKenny acknowledges his traditional heritage to the Gamilaraay and Wiradjuri nations. He is the General Manager at Miromaa Aboriginal Language & Technology Centre which hosts the biannual international Puliima Indigenous Language and Technology conference in Australia. Daryn developed Miromaa the language program and also the “Our Languages” website.

Gerry Turpin is a Mbabaram man from North Queensland and a renowned Ethnobotanist who manages the Tropical Indigenous Ethnobotany Centre at the Australian Tropical Herbarium - in partnership with James Cook University, DISITI and CSIRO. Gerry has worked with many Traditional Owner groups on Cape York and other parts of Queensland. He is a member of the Ecological Society of Australia Board of Directors with the role of Indigenous Engagement.

Natalie Davey is mixed Bunuba, Walmjarri, Scottish and English heritage and her first language is Kimberley Kriol but most practiced in Australian Standard English. She previously worked as a Bunuba ranger/coordinator and still participates in annual crocodile surveys. Natalie is currently working at Cultural Attaché at Baya Gawiy early learning centre with programming around seasonal calendars and inclusion of Fitzroy Valley languages and culture into the early learning framework. 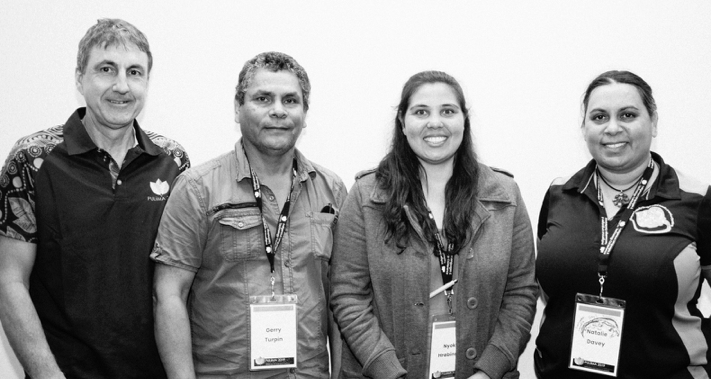 Our inaugural Women in Language event was held on Tuesday 20th August. Over 200 women from across the country as well as our sisters from abroad attended. The amazing Letiha Assan hosted the event. The day was to promote the important role women play in maintaining, nurturing and promoting our languages and cultures. 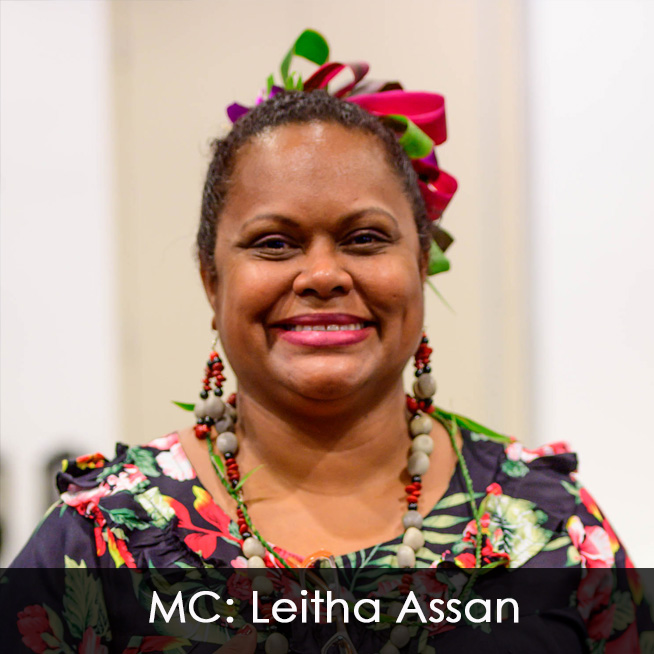 Highlights of the day included:

A most grateful thanks goes to all the women that attended. 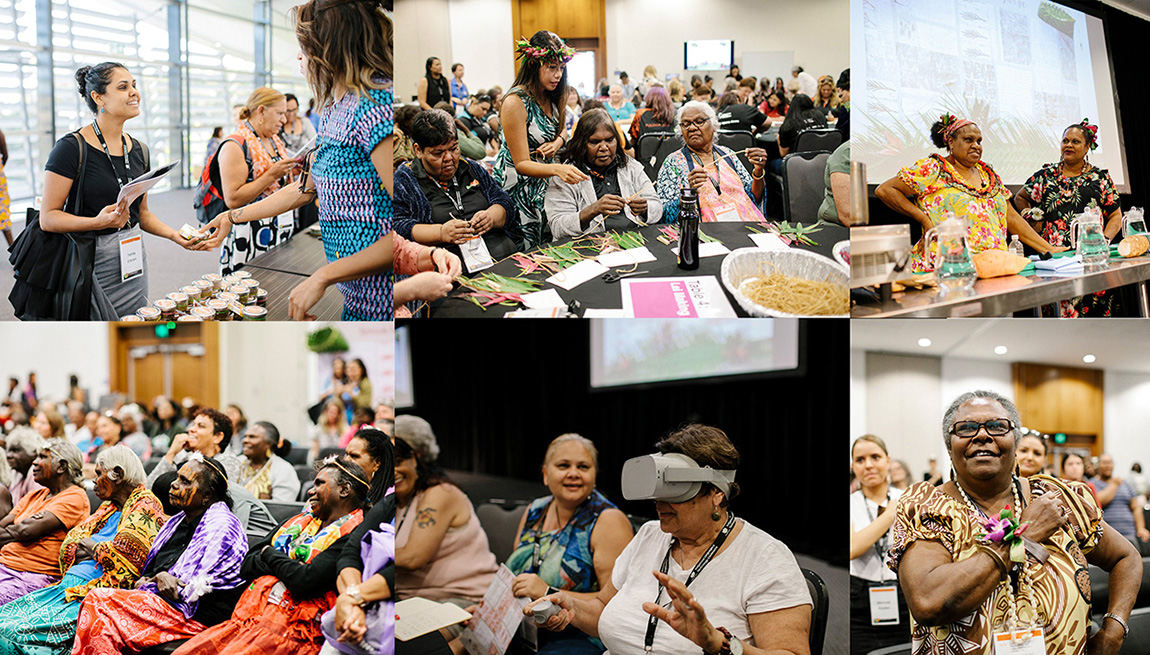 8 intensive workshops were delivered by experts from all around Australia and the globe on August 19th-20th.
+

70 presentations were delivered during the PULiiMA 2019 conference. The conference had an official welcoming opening ceremony by the local Larrakia people.

We were honoured to have Phillemon Mosby and Karina Lester as our MCs for the event. Over 600 delegates were present and from all over Australia and abroad. People come from India, Canada, New Zealand, Torres Strait Islands, Mexico and many more. The presentations were just as diverse from native Cree Nation in Canada, as well as people from Yuendumu in Central Australia.  We are privileged to have esteemed professional community members showcase their work and seeing everyone empowering each other for the future generations. 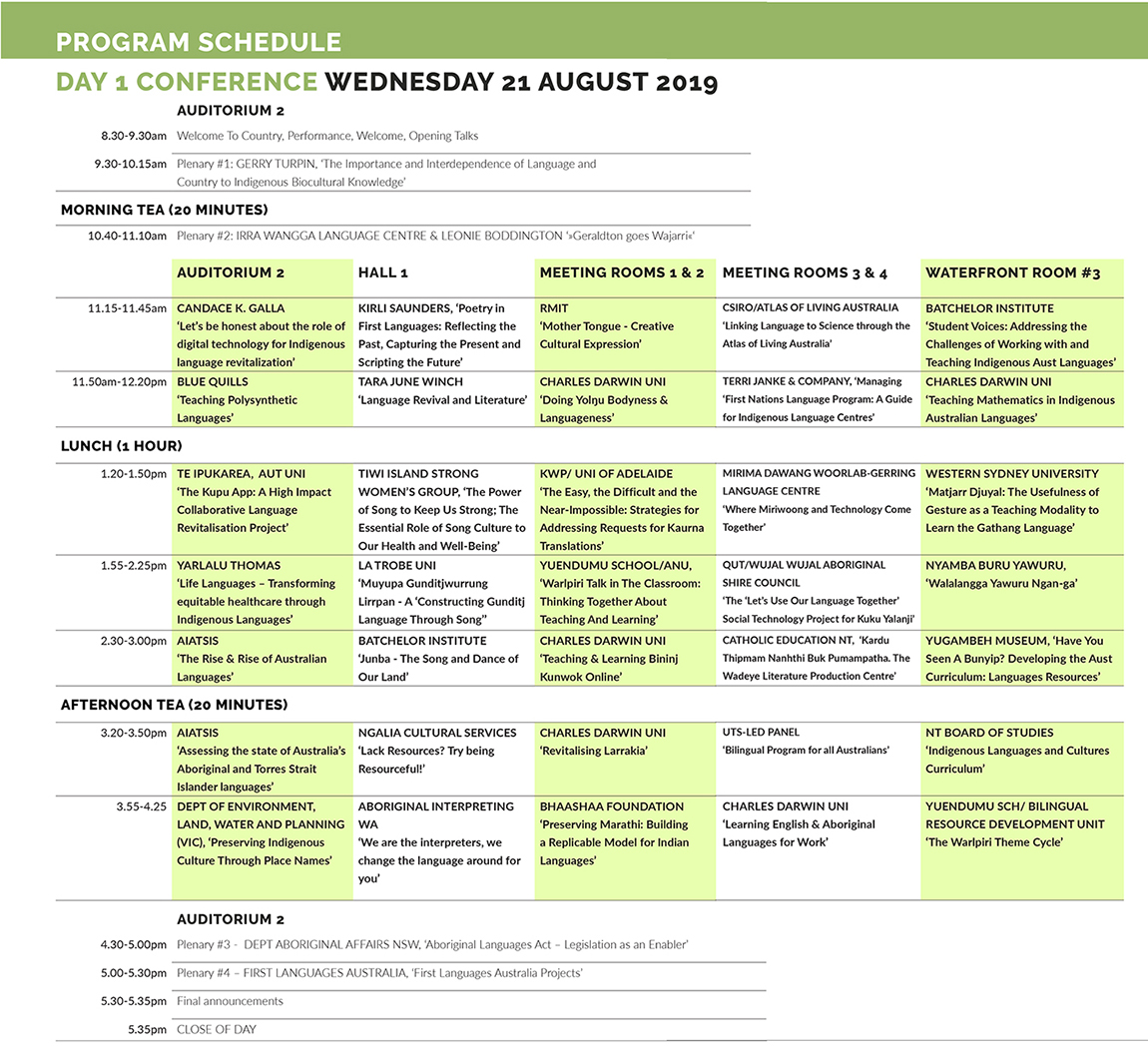 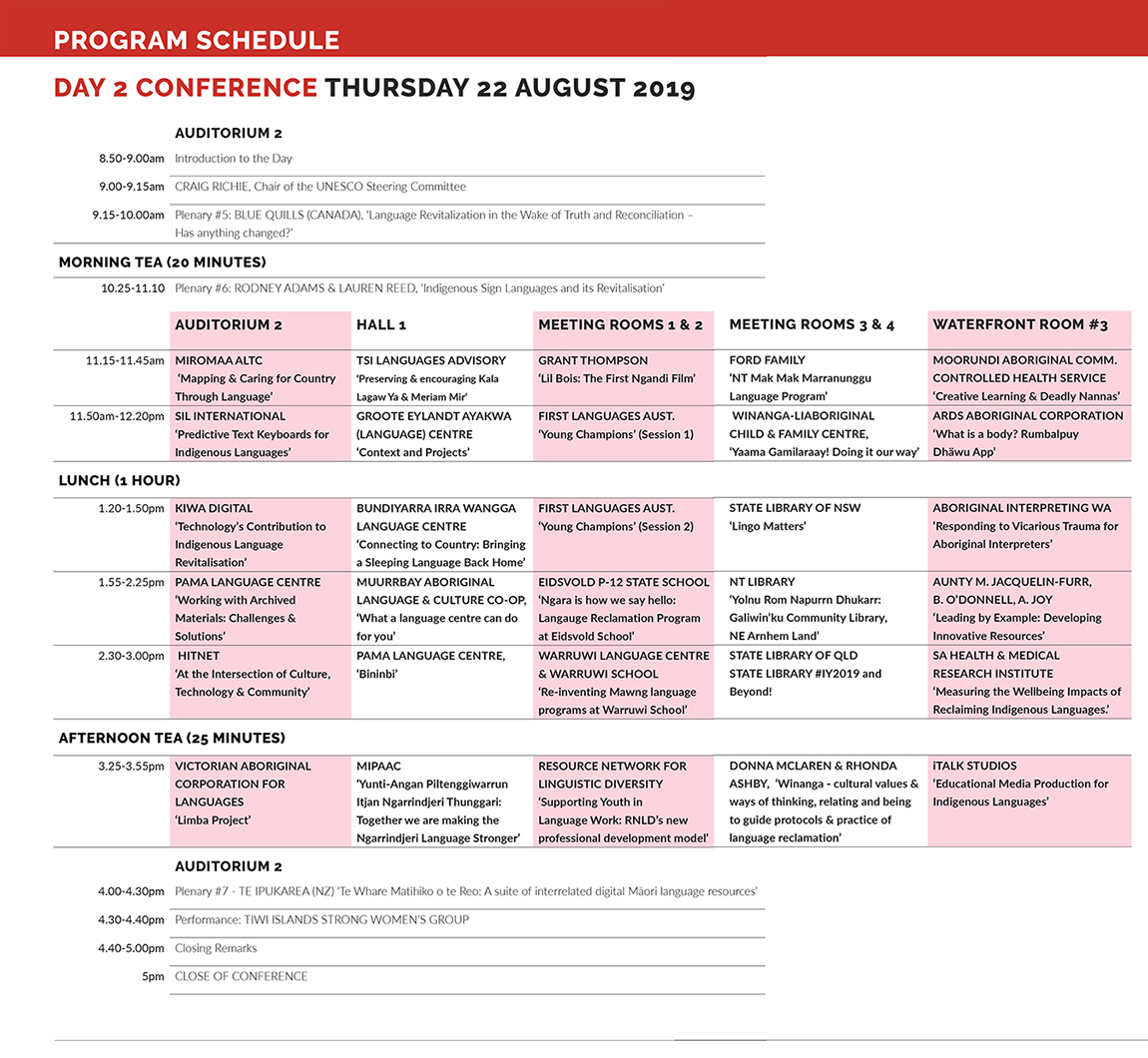 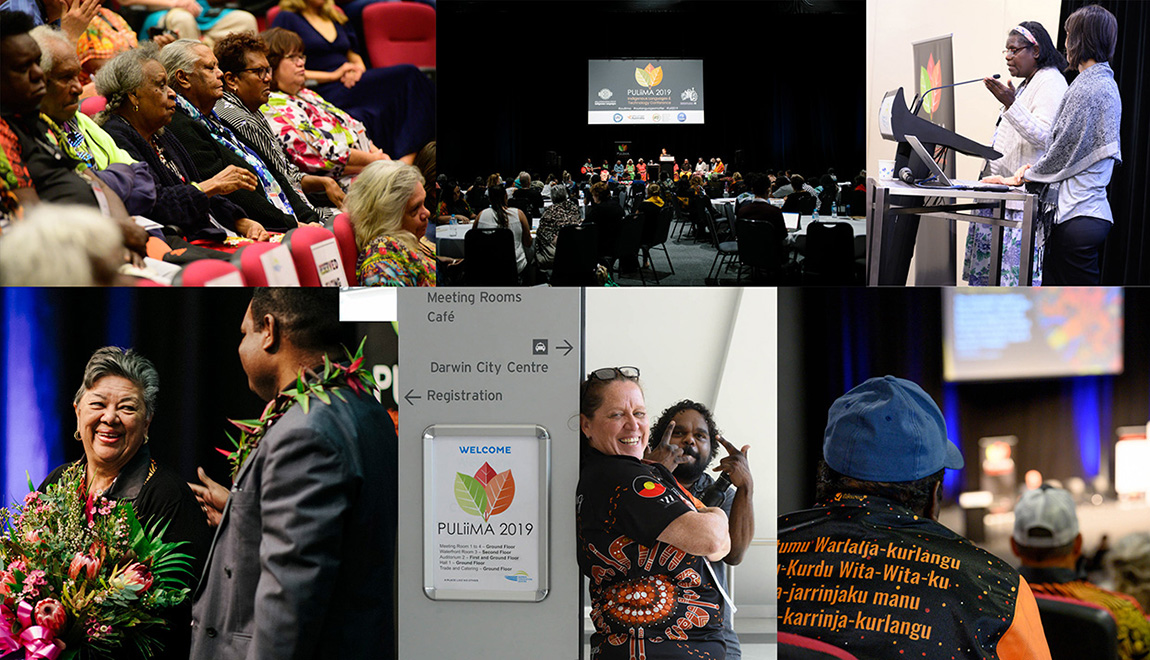 Exhibitors had the opportunity to showcase their work and skills over the entire conference. There were 30 exhibitions and we wanted to give a big thanks to them and everyone involved. Displays featured a wide range from education resources to technology equipment, even artists.
+ 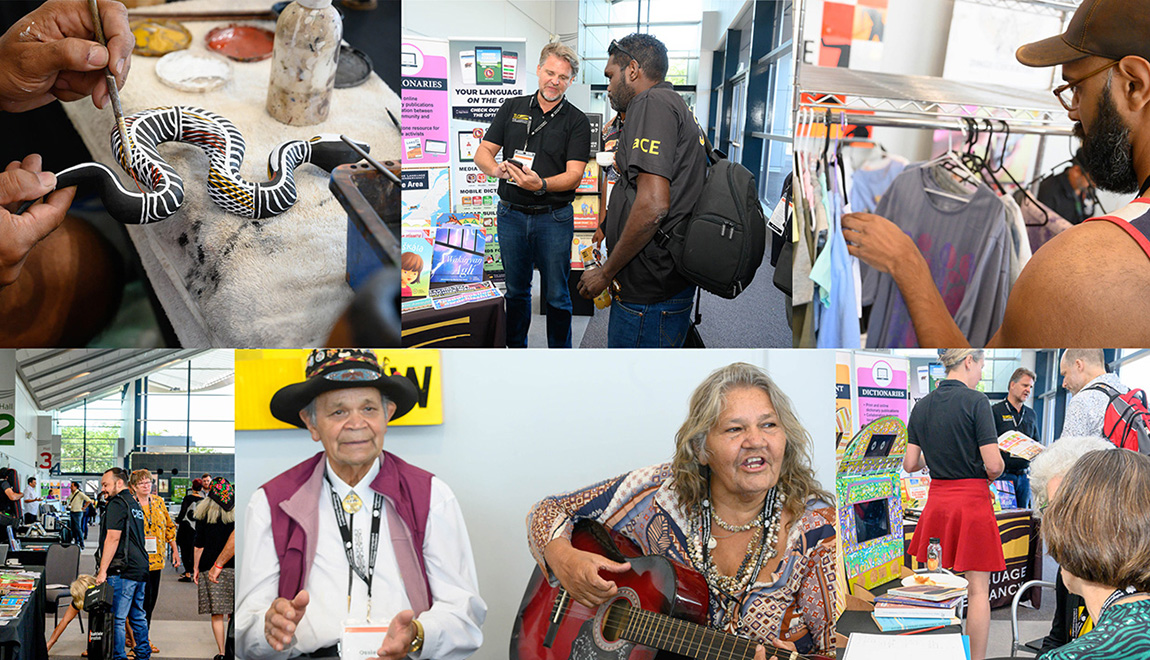 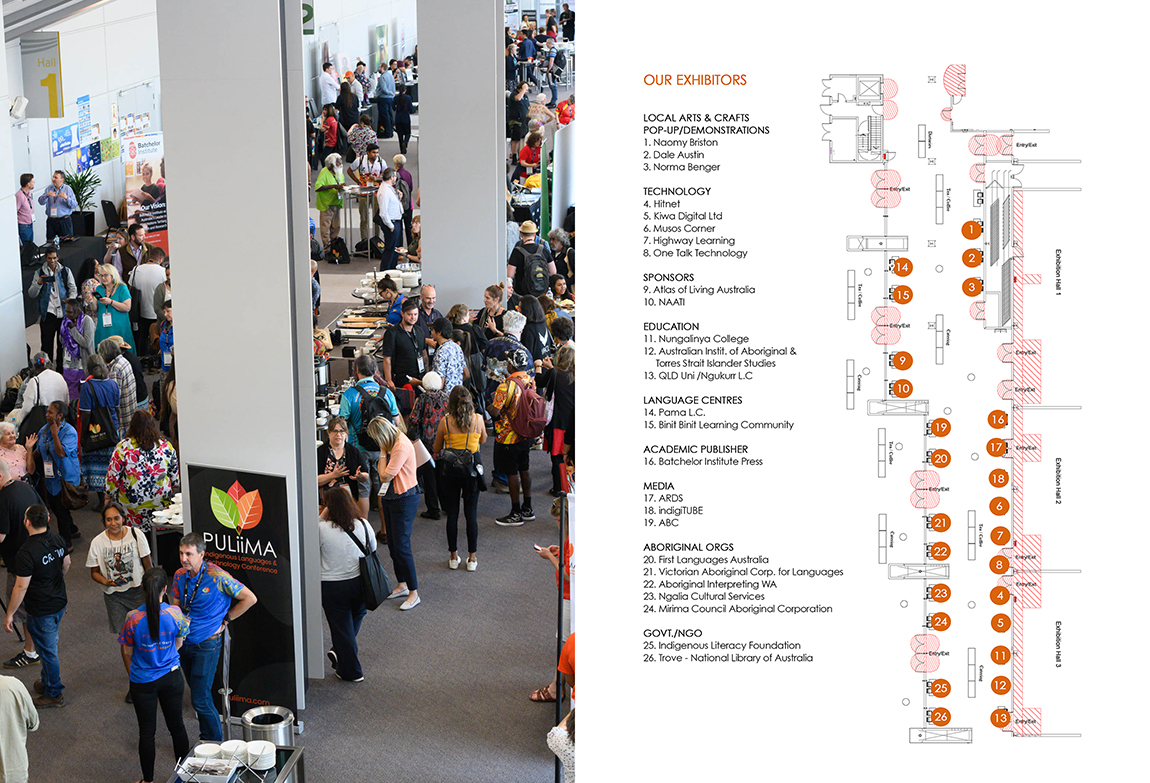 The Gala dinner held on the 21st of August was a chance for everyone to get together and wind down. The dinner was officially opened by the talented 2018 Aria Award Nominee Emily Wurramara.

At the dinner was the event Australia’s Got Language talent contest (AGL). This is a chance to showcase the vibrant and diverse cultures and languages in a talent show. It was an outdoor twilight dinner setting with entertaining and moving performances including perfect weather. We were inundated with delegates wanting to perform on the night and we are grateful to them for making the night come alive. Cash prizes were involved! The winners:

Visit the Puliima gallery for access to every image taken

Image Credit and Use of Images

Photos from PULiiMA 2019 are now available. Please see below for great images shown here and on our Puliima facebook page of all of the amazing people and inspiring contributions that happened at PULiiMA 2019 in Darwin NT.

Images are to be used for personal use only. All other uses are to be requested to us directly. Credit to our photographers Colleen Strangways and Katherine Soutar must be displayed with each image at all times. Images can be downloaded directly by right-clicking and view original then choose the download link. Other requests to be made directly by contacting us with image/s name. High quality JPEG images maybe requested, these have a very large file size.

Images for use other than personal must have permission granted. Contact us directly with details of images for permission request. 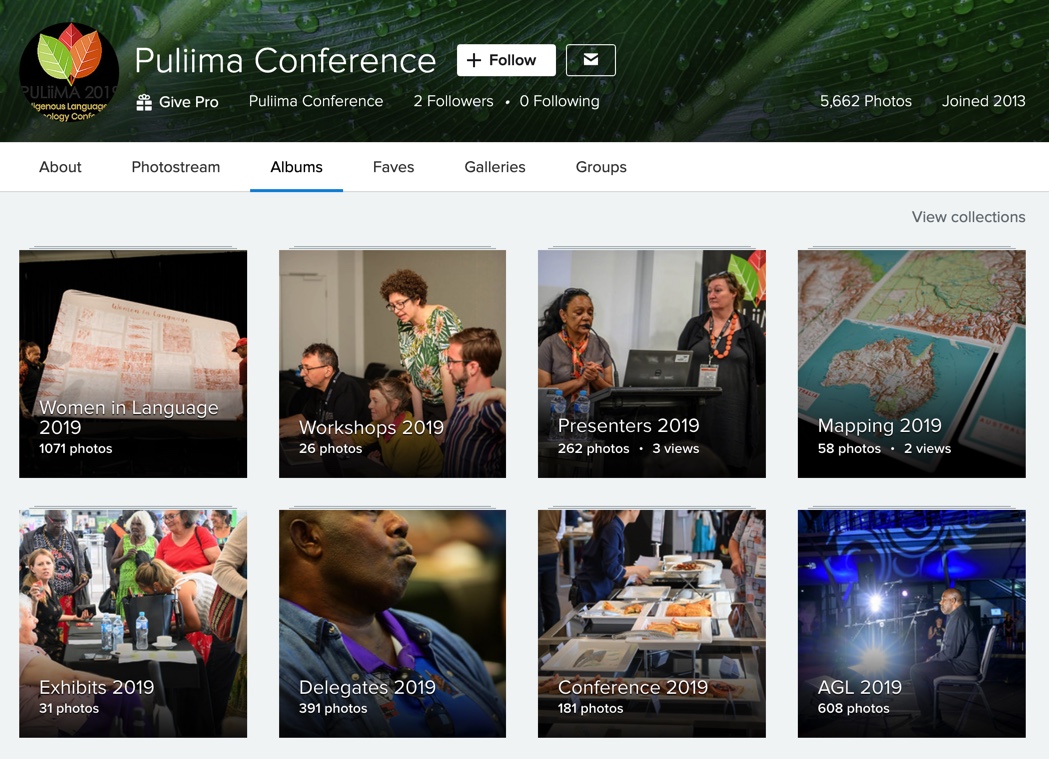